I’ve touched on regressions and improvements to Java startup in both talks and in an earlier entry in my blog. I got some nice feedback along with requests for ever more details.

So here’s a quick summary: 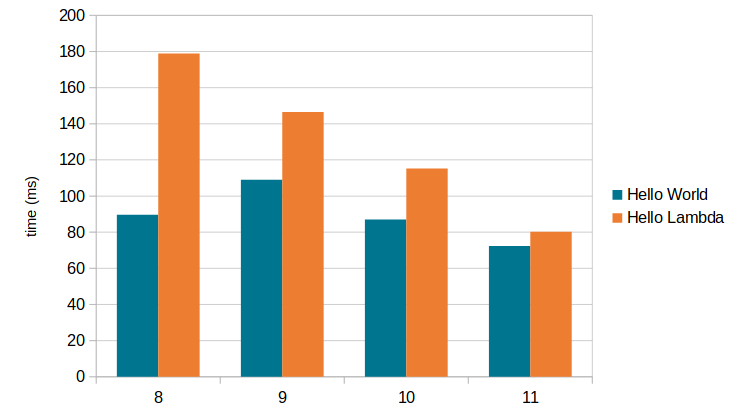 Startup regressed on some measures in JDK 9, but we fixed most of that. On many deployments and systems JDK 11 will get up and running faster than JDK 8 without any effort. If you’re heavily using lambdas and other new and advanced features, JDK 11 is likely to pull further ahead.